Tucked away in the heart of the historic traditional village of Lliber, and in the famous wine growing area of the Jalon Valley that is surrounded by the Bernia Mountains, you will find our beautiful Casa Rural. 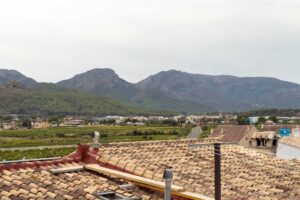 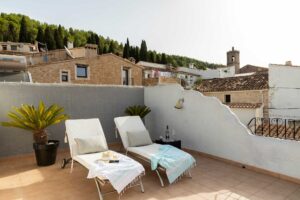 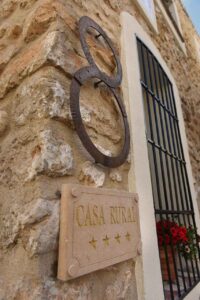 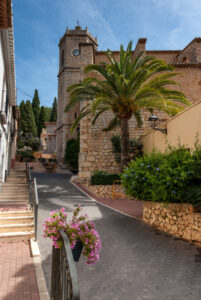 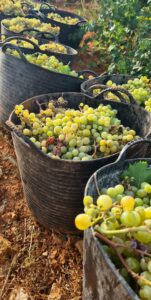 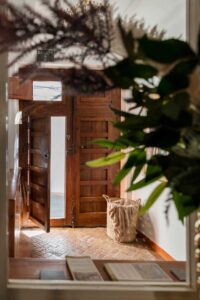 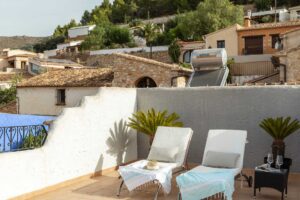 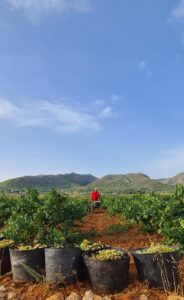 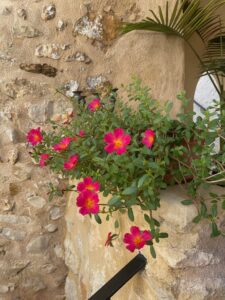 The village of Lliber is believed to have originated in a Roman villa called “preadium Liberii” (Liberius’ estate).

Lliber and the surrounding lands were conquered by King James I of Aragon back in 1245, at the time of the expulsion of the Moors from Valencia.

The expulsion of the Moors led to the total depopulation of Lliber and its repopulation by settlers from Llucmajor (Mallorca). This historical event is the basis for the fraternization of the two populations.

The streets and houses are full of remarkable elements that we can observe as we walk. Blacksmiths and locksmiths filled the doors and gutters with ironwork and bronze. Some with protective motifs like hand-shaped beaters. Some of the houses have been painted blue for good luck, with stone pillars on the corners of buildings to protect the walls from car scratches.

Some residents of the narrow roads have also filled the facades with pots, with the most colorful plants.